In my previous post I covered the phenomenon of Job Title Diffusion. That is the impact of a variety of job titles can have on a organisation. 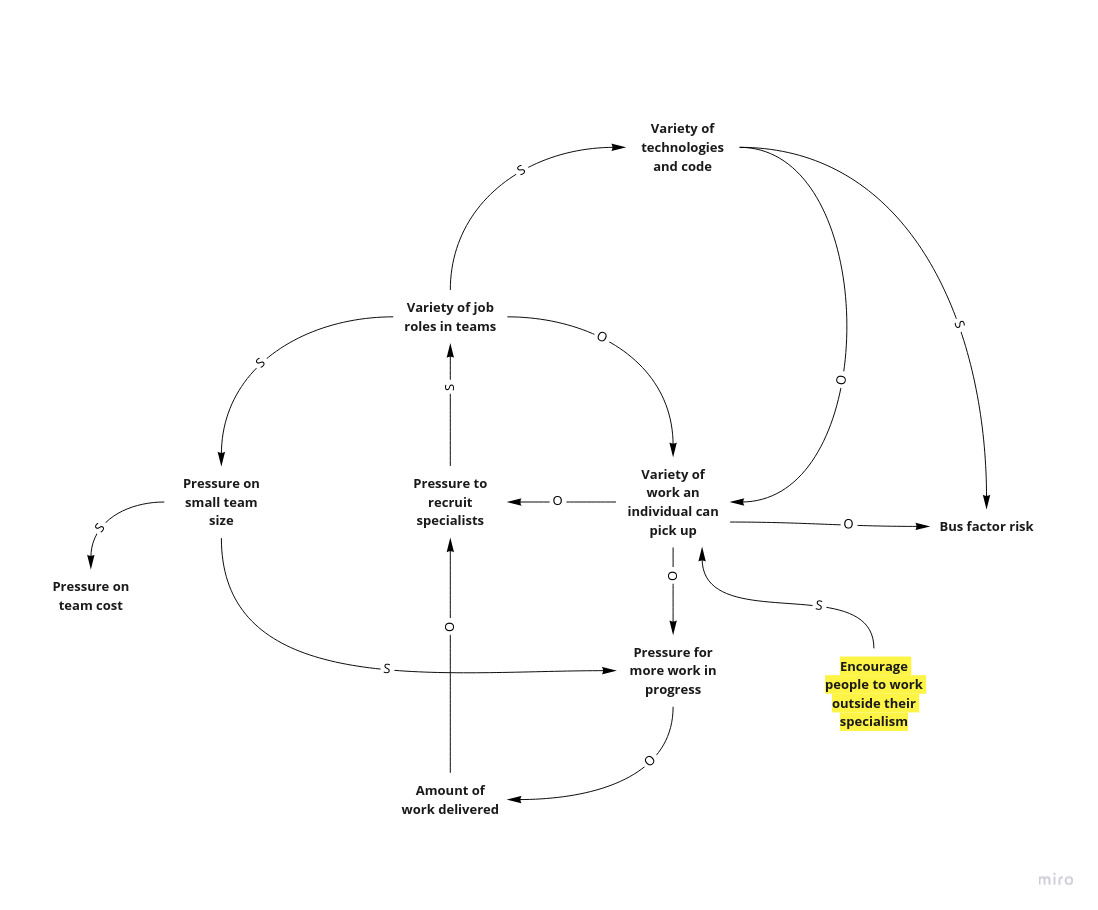 I’ve also recorded that having more individuals who can only pick up certain types of work can cause pressure for more work in-progress which will negatively impact the amount of work delivered (work takes longer to complete and is impacted by workers being unavailable). This in turn creates pressure to recruit more specialists and fuels our Reinforcement Loop.

There are two output dangles from the system. The first of these is the bus factor risk of the team, this is a rather macabre idea of how much the team would be impacted by an individual being hit by a bus (a bus factor of 1 would be only one person knows about this part of the system). Second, is the pressure on team cost which is driven by the pressure on small team size, which in turn is driven by variety of job roles in the team.

Finally, I’ve added the intervention I suggested in my previous post as an input dangle. This is highlighted in yellow and named encourage people to work outside their specialism. This impacts the variety of work that an individual can pick up and starts to turn the Reinforcement Loop into a virtuous, rather than vicious, circle.